Unwrap the secret world of bees

Meet The Colony this holiday season and discover

our gift recommendations plus some sweet savings.

Unwrap the secret world of bees

Meet The Colony this holiday season and discover our gift recommendations plus some sweet savings. 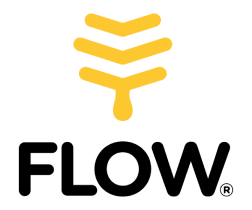 Bee organised and get your perfect gift early this year 🐝 🎁😊
Stock is limited – order before 9 December [more info] to avoid shipping delays.

Bee organised and get your perfect gift early this year 🐝 🎁😊
Stock is limited – order before 9 December [more info] to avoid shipping delays.

Perfect for beginners or experienced beekeepers, our limited edition Holiday Season Bundle includes everything you need to get started! 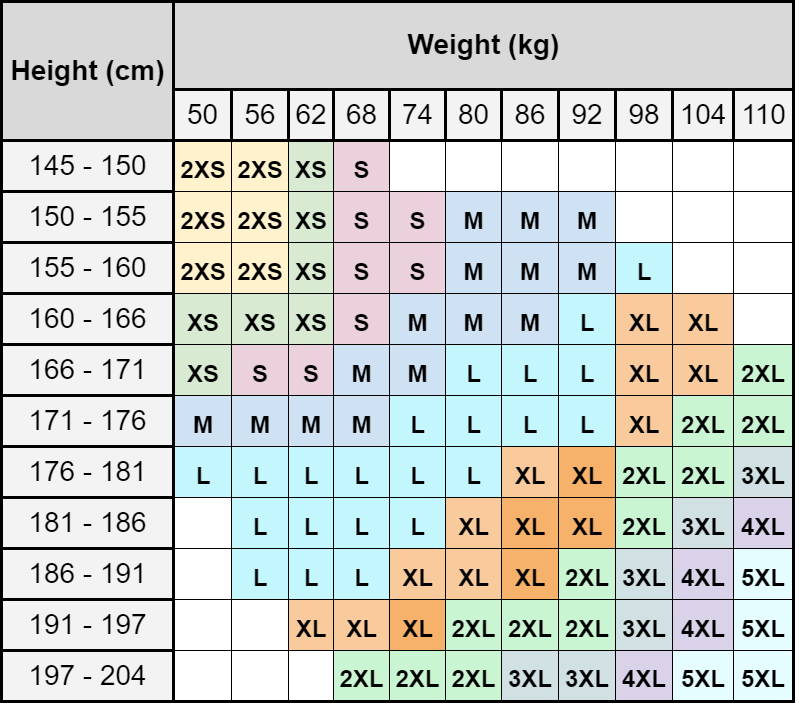 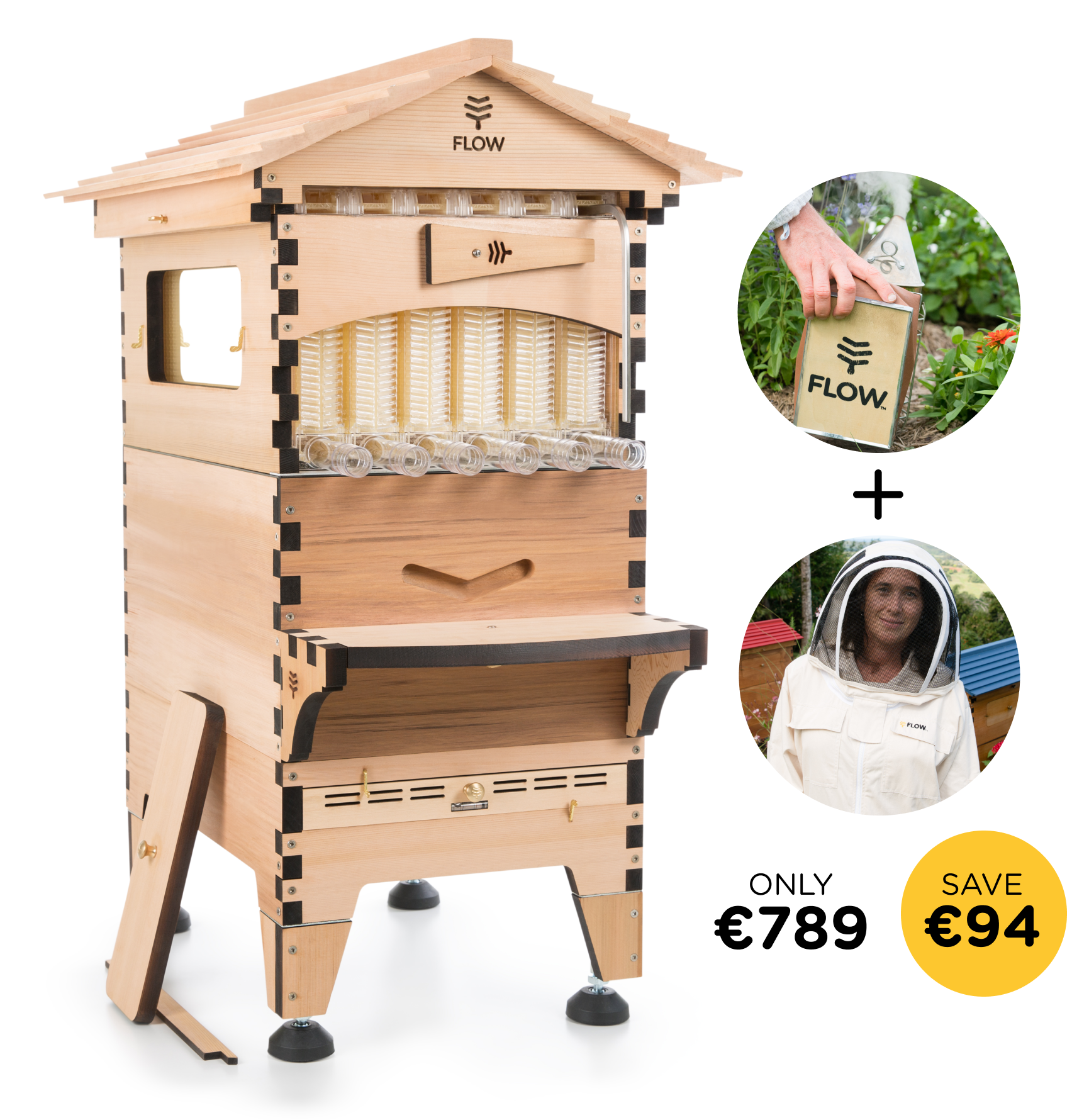 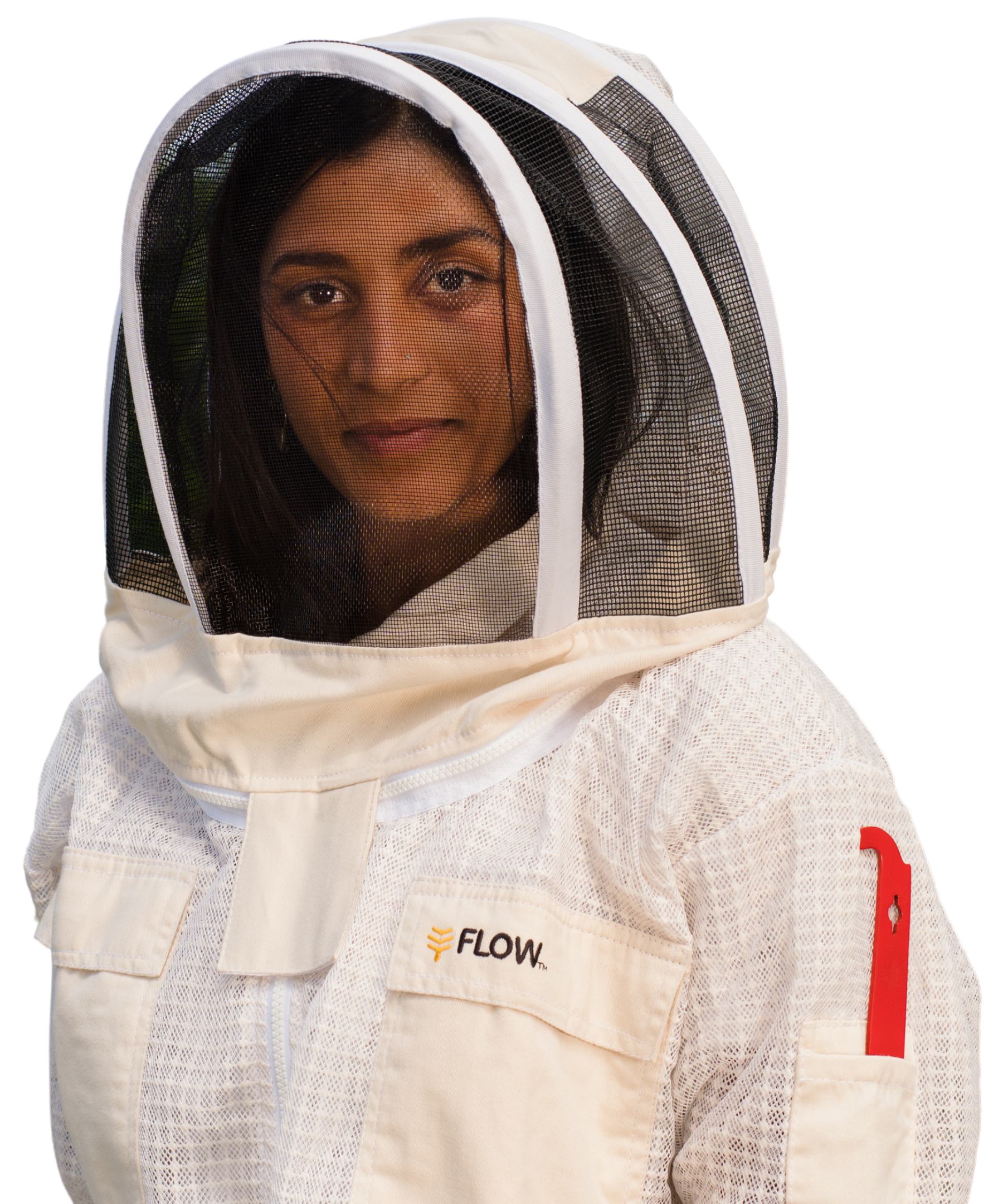 The ultimate in protective wear

Beekeeping suits are essential for any apiary kit and you can never have too many!

For the love of honeycomb

Looking for the perfect present for your favourite gourmet foodie & bee lover? Our entry level hive combines Flow’s revolutionary easy honey harvesting technology, with traditional frames in the super, allowing you to collect both fresh honeycomb and raw unprocessed honey straight from the hive.

The Flow Hive Hybrid is a wonderful hive for both beginners and experienced beekeepers at AN AMAZING PRICE. 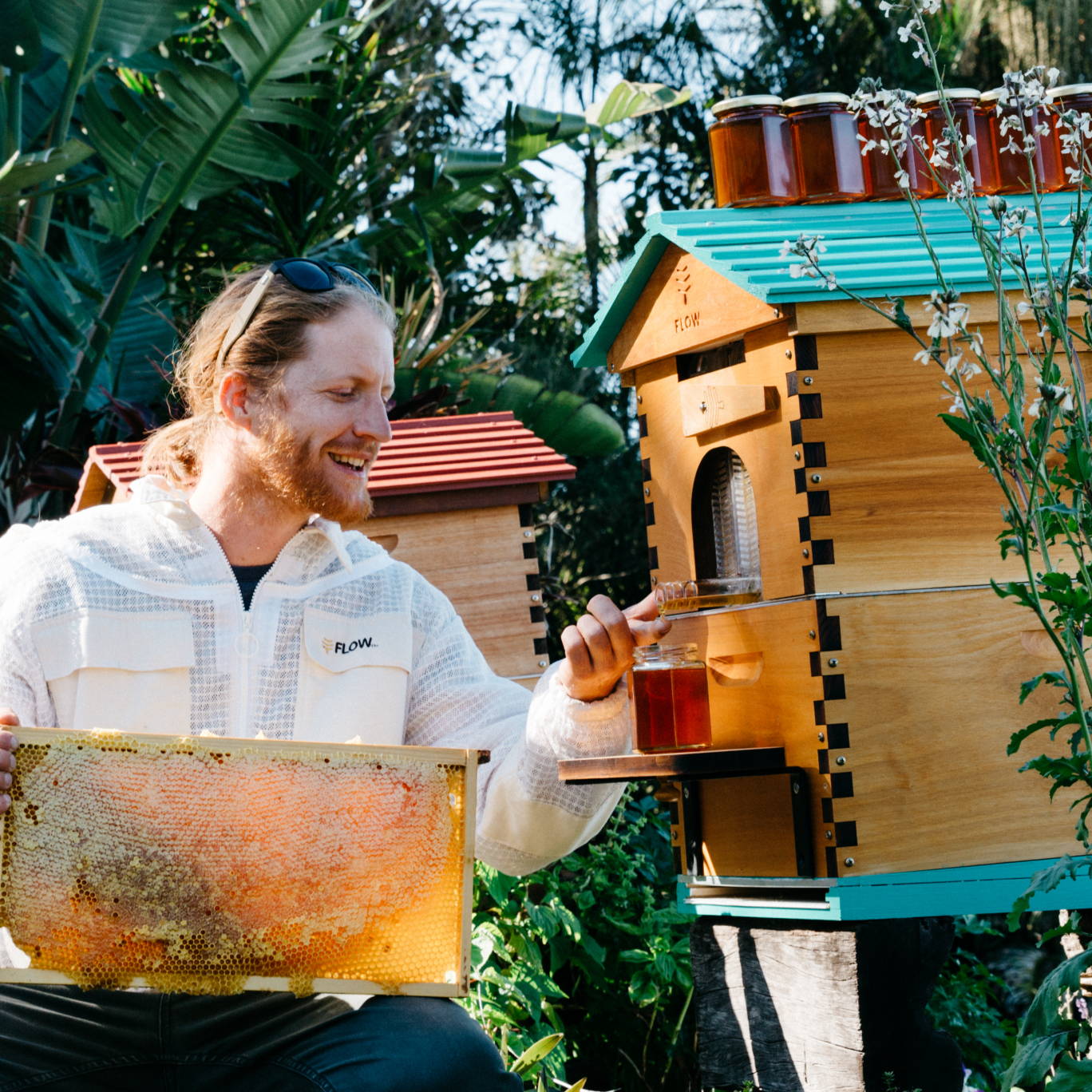 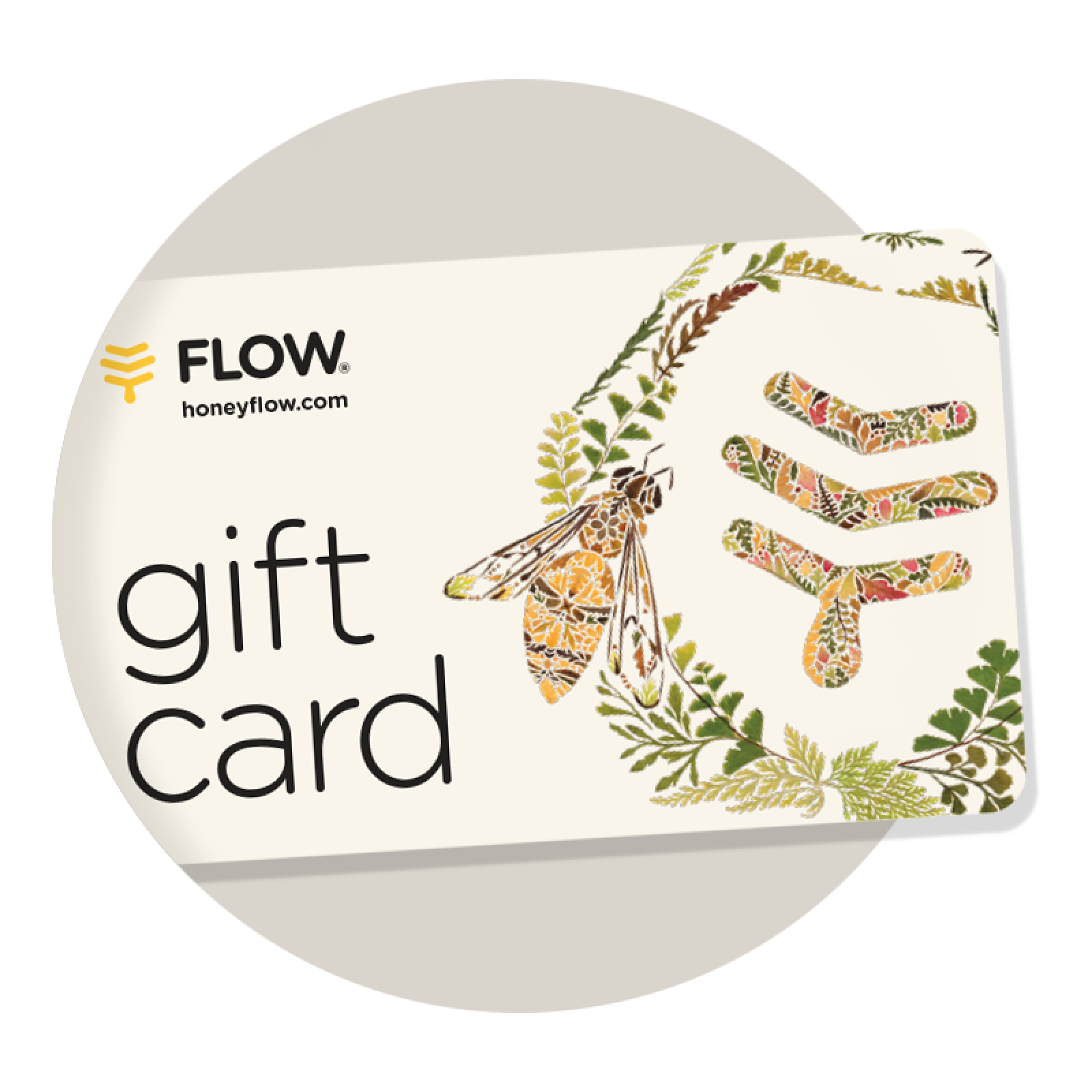 The gift of choice

Let your favourite beekeeper choose their own perfect setup with a Flow gift card – the ultimate gift which is delivered instantly to your inbox!

The gift of knowledge

Help your favourite beginner beekeeper discover the fascinating world of bees with a subscription to our online education platform – TheBeekeeper.org

We’ve gathered the top bee experts from around the world and created high-quality videos explaining how to become a confident beekeeper, with 50% of the profits used to protect pollinators.

A special discount is available this holiday season!

Discover the fascinating world of beekeeping

🎥 WATCH HERE to discover why people all around the world are adding Flow Hives to their yard – with the benefits of pollination power and fresh unique honey straight from the hive.

If you’re just getting started, we’re here to help you every step of the way, with plenty of online resources to help you gain confidence.

All hive purchases come with our Bee Supported package — dedicated email, chat, phone support, and access to our Flow Community Forums which are a hive of activity. PLUS join us weekly for live stream learning and questions with our inventor Cedar Anderson.

Learning about bees is one of the most important (and fun!) parts of becoming a beekeeper.

Here’s some incredible facts about the different roles that each colony member plays in the hive, to help you start your beekeeping journey.

The Forager is possibly the most recognisable bee in the colony.

Once she’s a mature adult, around 21 days old, her duties shift to tasks outside the hive, mainly collecting pollen, nectar, water and resin. She works in response to the needs of the colony with incredible communication and navigation skills.

She can visit up to 5 thousand flowers in a single day, yet in her lifetime, will only create 1/12 of a teaspoon of honey!

She can fly at an average speed of 24 km per hour, travel up to 10 kms from her hive in search of forage, and is capable of carrying large loads of nectar and pollen equalling her own body weight! How efficient is that 🙂

The Forager recommends our limited edition Holiday Season Bundle. She is all about efficiency and likes to have everything needed to get the job done.

The Guard Bee is tasked with protecting the hive – distinguishing between normal activity and dangerous threats. She quickly calls for assistance with her alarm pheromone if needed.

You’ll find the Guard Bee standing at the hive entrance on her back legs with her front legs raised, inspecting bees who enter. Her colony can be recognised by their odour and will be admitted. She’ll also welcome bees approaching with nectar or pollen – happy to accept free food from a bee entering the wrong hive.

On the lookout for intruders such as robbers from another colony, or predators large and small– she’s joined by a posse of 10-20 guards to help her with this important task.

The Guard Bee recommends our Protective Wear range – always on the lookout for the best in sting prevention.

The Architect is responsible for building honeycomb – created from perfect hexagons which, of all possible structures, use the least amount of wax to yield the maximum amount of space and strength. Honeycomb weighing 100g can support up to 4kg of honey!

Around 10 days old, she develops special wax glands under her abdomen, which secrete liquified wax. This hardens into small flakes when exposed to the air. Using her hind legs she passes it to her mandibles and mixes it with saliva to make it malleable for creating comb.

When creating or repairing comb, she’ll link together with other bees, leg to leg, to create a bee scaffold. Her six legs have hooks, which she uses to hold onto another’s – like holding hands – which creates a delicate chain. This is called ‘festooning’.

The Architect recommends the Flow Hive Hybrid. She loves her handy work appreciated in the form in which she created it – honeycomb.

The Queen is the most important member of a bee colony. She is solely responsible for reproduction and is capable of laying 2,000 eggs per day!

Her unique pheromones reassure the colony that she is alive and well.

The Queen’s pheromonal signal also helps to create a social hierarchy. It promotes working together and stimulates activities such as cleaning, building, guarding, foraging, and brood feeding. It also prevents queen rearing and inhibits worker reproduction.

If there are weak signals (ie: if the queen is old, sick or dies), within 12–24 hours the workers are triggered to rear new queens from young fertilised eggs.

The Queen recommends TheBeekeeper.org online beginner beekeeping course. She loves to keep her workers in the colony informed with crucial information.

The Drone is a male bee, whose only real role is to mate with a queen. But not the queen from his colony.

Characterised by a large body and eyes twice the size of a worker bee, The Drone is raised for mating in spring and dies off, or is ejected from the hive, in autumn.

He does not forage, construct comb, or perform any other helpful function within the hive, except on occasion when he might fan his wings to help with cooling – mostly, he’s a drain on resources.

In spring, he will leave the hive during the day to hang out at drone congregation areas, in hopes of discovering a virgin queen on her mating flight. If he's lucky enough to mate, he will not survive…

The Drone is accustomed to receiving, so would be happy with anything from the Flow Gift Guide. Mostly he just uses up resources and doesn’t do any work 😉

The Queen’s Attendant is part of a special entourage who always accompany her royal highness.

She is vital to the health and survival of the Queen, who is incapable of taking care of her own basic needs. She’s responsible for cleaning, grooming, carrying the Queen’s waste and tending to her every need.

She even helps to predigest the Queen’s food – who doesn't have the correct anatomy to do this for herself. This leaves the Queen plenty of time to spend on the activity that she was created for – laying eggs…

The Queen’s Attendant recommends our Gift Cards which allow her queen to decide exactly what she needs!

Flow is funding Pollinator Partnership’s Bee Friendly Farming project which provides up to 1.5 kgs of seed to 50 small-scale farms across the USA. (Coming soon to AU)

Supported a world-first initiative, The World Bee Count. Counting bees is one of the first steps towards understanding the reasons for their alarming decline and ultimately reversing it.

Save on our best-selling premium Flow Hive 2 Cedar 6 Frame with integrated adjustable hive stand, bundled with essential safety gear including an organic beekeeper’s suit, stainless steel smoker, goatskin gloves, a J-hive tool and Flow Veil, PLUS an incredible saving of €94!

Hurry – stock is limited and our holiday season shipping deadline is fast approaching! Get your order in by 9 December to avoid disappointment.